Victory in ACORN Liverpool’s first ever branch campaign - taking back the buses into public control... 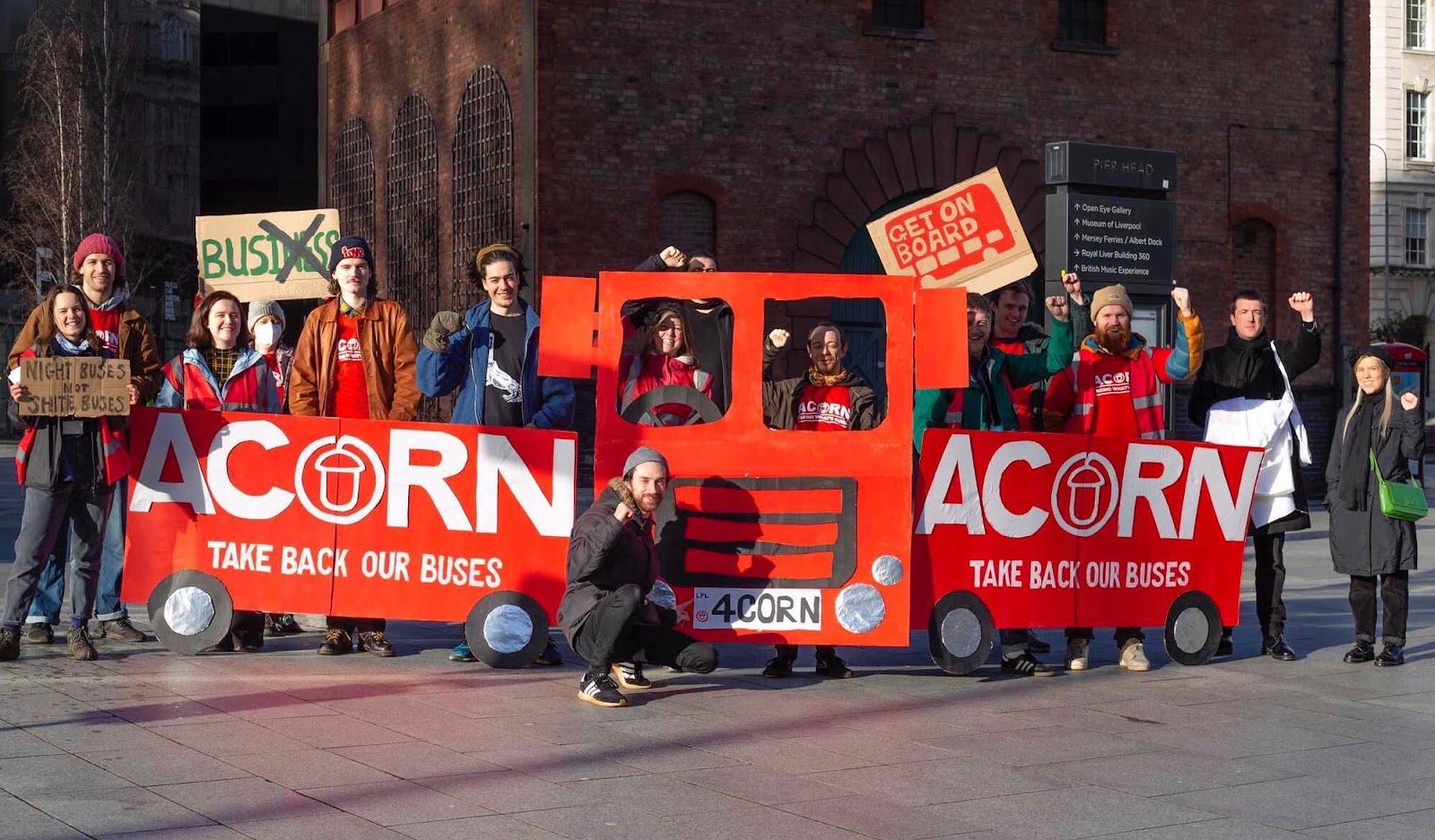 After fighting member defence cases and landlords across Merseyside, the Liverpool branch was looking for its first citywide campaign. We identified an opportunity to achieve a massive change in a short amount of time. We knew that Merseytravel were going to be having a consultation on their bus provision in the summer - would it remain private, or would the local authorities take the contracts back from the profiteers.

ACORN Liverpool quickly organised a street fighting campaign. We held a massive full day of strategy and planning, coming out with 4 months of direct action against our target and outreach to the people of Merseyside.

After disrupting the Merseyside Metro Mayor Steve Rotherham meeting with government, picketing the regional meeting of Merseytravel with a giant bus, collecting hundreds of petition signatures, pressuring councillors, speaking to the press, and more, we managed to force the Liverpool City Region to end the ‘public private partnership’ which was failing the people of our region, and move to public franchising, following in the footsteps of our neighbours in ACORN Manchester.

After voting to end the public/private partnership, Steve Rotheram called the moment momentous and praised ACORN Liverpool’s organising and campaigning for forcing this decision. No longer will private companies profit from us living our lives! 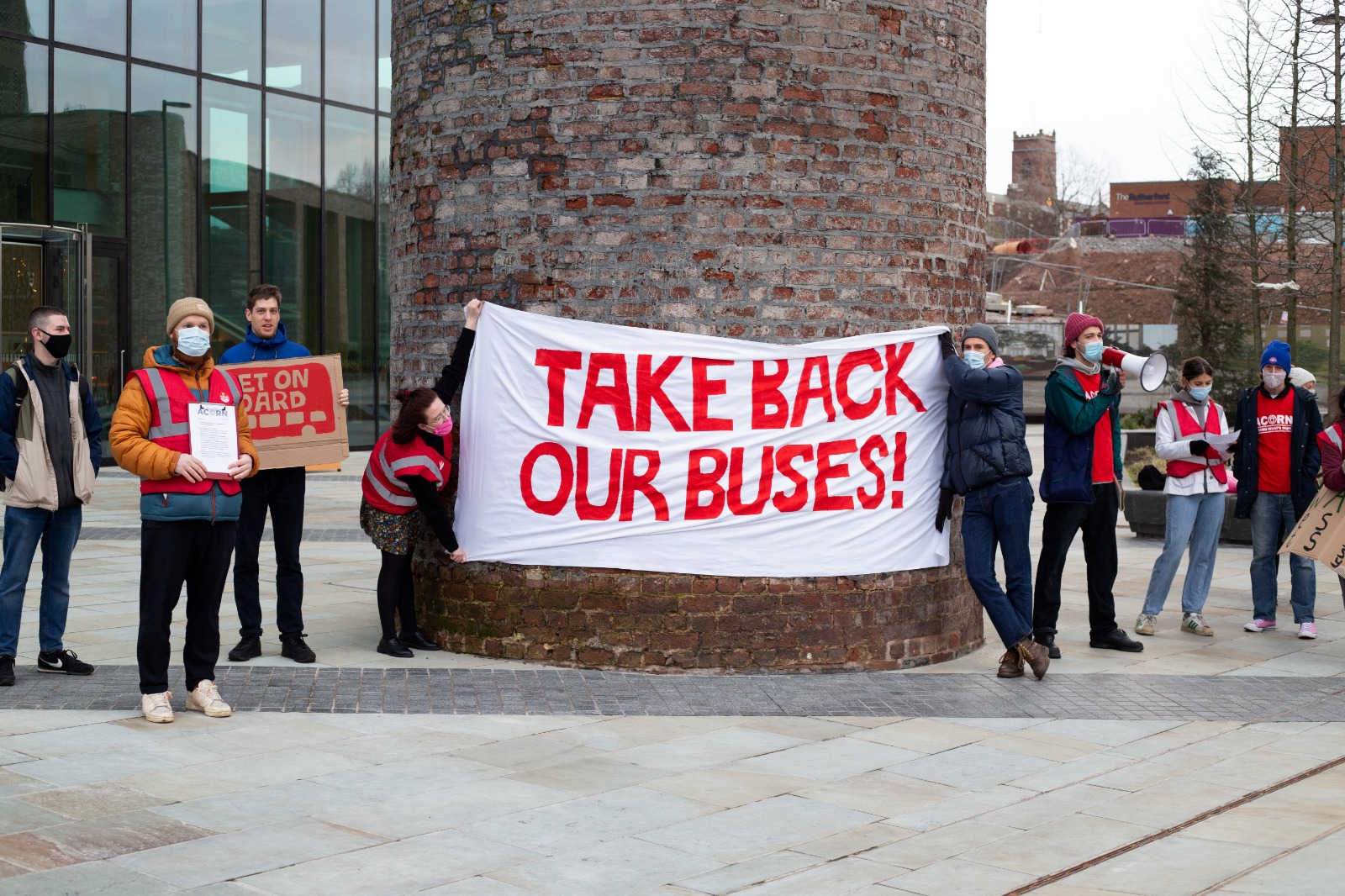