ACORN members have been at the forefront of campaigns for genuinely affordable housing, fighting developers and holding politicians to account over quotas and running community campaigns for new developments to be accessible to members of the local community in which they’re built.

We’ve uncovered plans of developers to raise the costs of living in areas they’re building in to attract a ‘better class’ of tenant, exposed their fraudulent claims that affordable housing isn’t financially viable for them to build and forced them to give in and include housing that will meet the needs of our communities rather than just line their pockets.

Legal loopholes designed to facilitate quick profits for government supporters need to be closed to end this social cleansing but until then we will continue to oppose any development that doesn’t meet the needs of our communities. 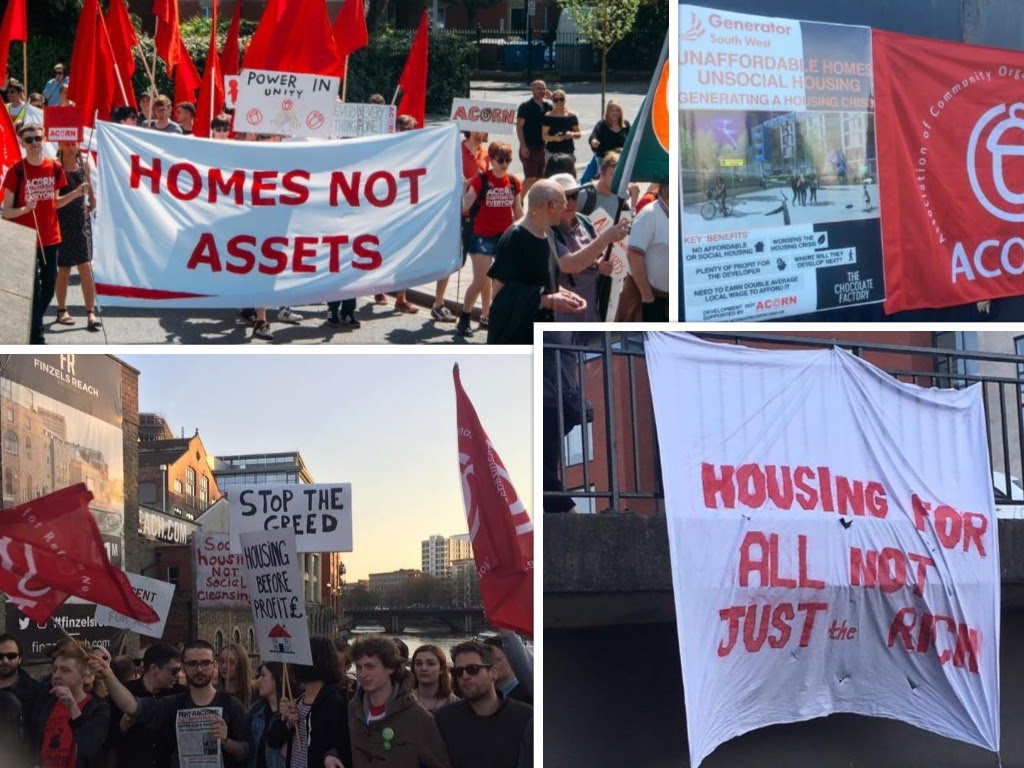