In March this year residents from one sheltered housing scheme approached ACORN Swindon. Residents felt unsafe, neglected, and annoyed that they were paying for a service which was being cut. After a solid 9 month campaign, all that changed... 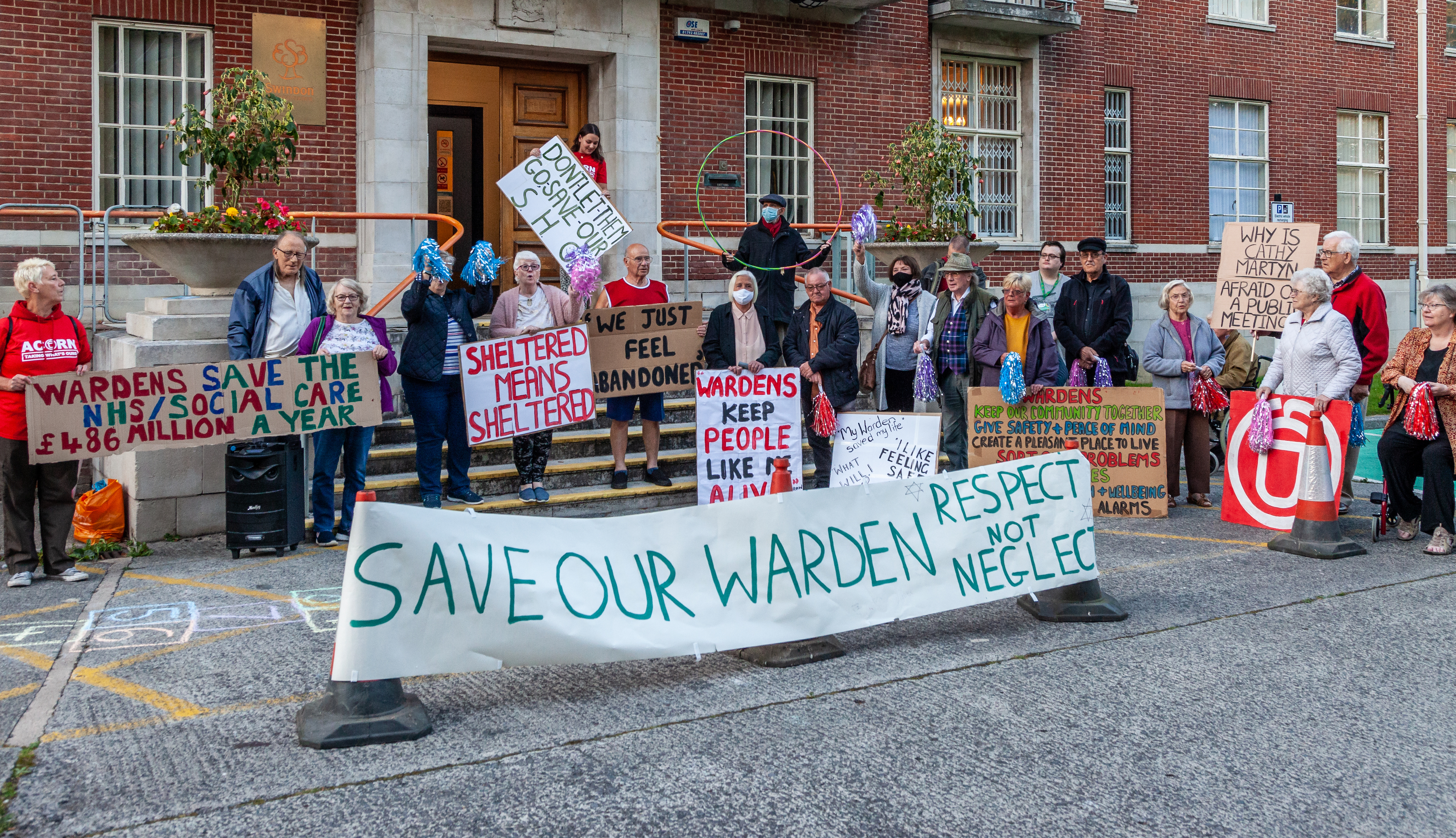 In March this year residents from one sheltered housing scheme approached ACORN Swindon.

The council had introduced a new system for the wardens whereby two of them would cover a cluster of three schemes. Historically these schemes each had a residential warden, but this service has been eroded over the years. As residential wardens left, they were not replaced, and each scheme had a warden on site for less hours.

Residents felt unsafe, neglected, and annoyed that they were paying for a service which was being cut. They described the initial review prior to the changes as a farce.

Residents became members of ACORN and we launched a noisy and vibrant campaign to ‘Save Our Wardens.’

We demonstrated outside council meetings, plastered schemes with posters, made demands on the Director of Housing and the Cabinet Member for Housing, got numerous articles in the local paper, coverage from BBC Points West, submitted questions at council and cabinet meetings and forced a debate at full council after collecting over 1800 signatures on our petition. We embarrassed the council when not one of them turned up to our well attended and very vocal public meeting.

The campaign eventually had contacts at most of the 31 council-run schemes, with an effective distribution system of newsletters to keep residents without the internet informed.

Through this campaign residents have won;

- a debate in council

- a review of the system

The council assumed that residents in sheltered housing would not kick up a fuss and accept their dangerous cuts but they didn’t bank on them getting organised with ACORN.

The council have six months to put their house in order, when we expect them to have another review including all residents, to ensure the changes won by residents and ACORN members are adequate.

If they are not, the council can expect a great deal more noise and disruption from the ‘Save Our Wardens’ campaign.