In 2018 our Bristol branch was contacted by two survivors of domestic violence looking for help with the unsafe, chaotic and bullying environment in their ‘safe’ house and from which they were now being evicted. The council who had cut off funding to the safe house provider nevertheless offered no support to the women affected; treating it as a normal house share rather than a commissioned service. They had no-one to turn to. Within 48 hours of meeting with our organisers a large rally of ACORN members took over the front of the Bristol City Council offices forcing the highly-paid council officers responsible to the negotiating table where they agreed to all our demands.

Despite the initial success the council tried to shirk their commitments resulting in an unsuccessful eviction attempt and court case in which our members’ safety was compromised. Following an unrelenting campaign of direct action and behind the scenes negotiating we finally won safe rehousing for our members and a full investigation and review of safe house commissioning. As a result of this the both the council and Women’s Aid have reviewed and improved their policies and the council are lobbying the government for the creation of an ombudsman and national level standards. This is ACORN at its best: turning support for individuals on the front line of austerity, cuts and service breakdown into root and branch policy change at the highest levels. All done through direct action and peer to peer support with those affected as leaders in the driving seat, not passive victims or recipients of support. 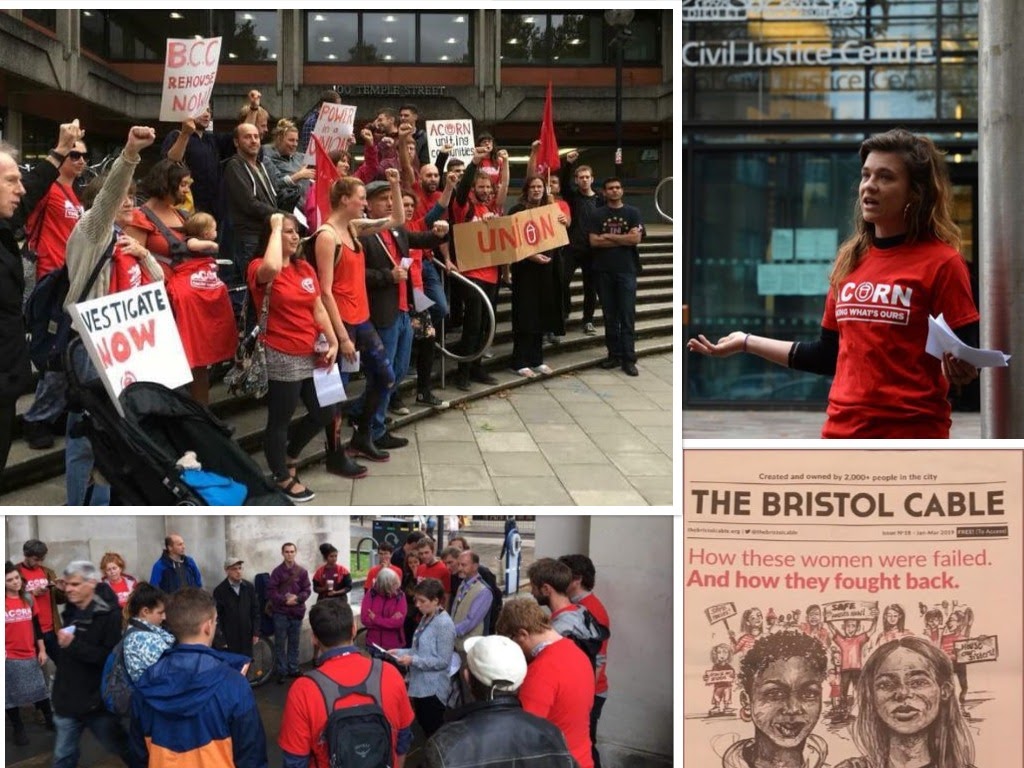