Say ‘no’ to the St. Philips Power Station

In May 2019 members in Bristol took action to oppose a new gas-fuelled power station planned to be built just 90 metres from a nursery school serving working class families in the most deprived ward in the South West and an area of the city with above-average air pollution. Following calls from members, community groups and the school for us to support the campaign we mobilised our networks to contact the Councillors on the planning committee and tell them to vote against the proposals.

Following passionate and compelling testimony from local residents, parents and ACORN members, Councillors flatly turned it down, citing the strength of public opposition, the contradiction between this and Bristol’s declared climate emergency and the fact that this would never be proposed in an affluent area. When we unite we can ensure that families and neighbours are living, playing, and working in safe conditions, and also that we protect our environment now and for the future. 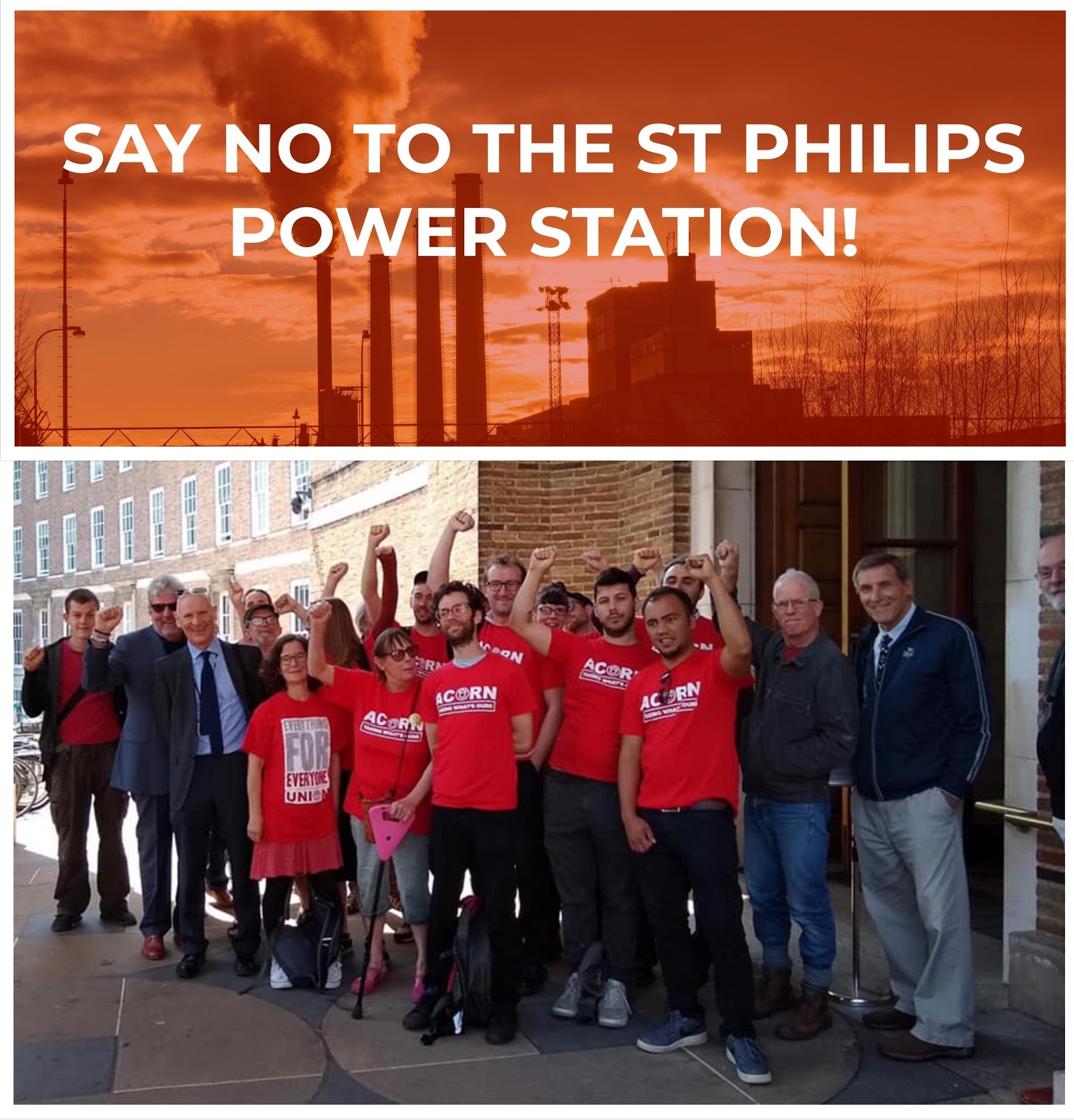