In 2017 Bristol City Council announced plans to scrap the Council Tax Reduction benefit and so force the 25,000 poorest households in Bristol to pay council tax.

Faced with a drastically reduced budget due to brutal Conservative cuts, Labour Mayor Marvin Rees proposed to make up the difference with a policy that would have seen those on the lowest incomes have to find on average between £350-600 per year and face aggressive bailiffs and potentially even a jail sentence. This would have led to people prioritising this viciously regressive tax over essentials such as paying their rent and providing for their families.

ACORN mobilised a wave of opposition to the plans, including a mass petition, teams of members door knocking in the most affected areas to build awareness, accountability meetings with local Councillors and more. Members organised within the grassroots of the Labour party to put pressure on the Mayor and Councillors. Having brought several Councillors onside, promising to vote against the Mayor’s proposals members created a briefing document rebuffing all the proposals. Despite a counter-briefing from the Mayor’s office to discredit us, a majority of Labour Councillors came out against the proposals and rather than face a humiliating public revolt the Mayor dropped the plans.

This stands as a major victory that kept an annual saving of £8million in the pockets of those who have been hit hardest by a decade of government cuts. Bristol is now the only major city to retain full CTR; a policy that is now recognised as a flagship success by the administration itself. 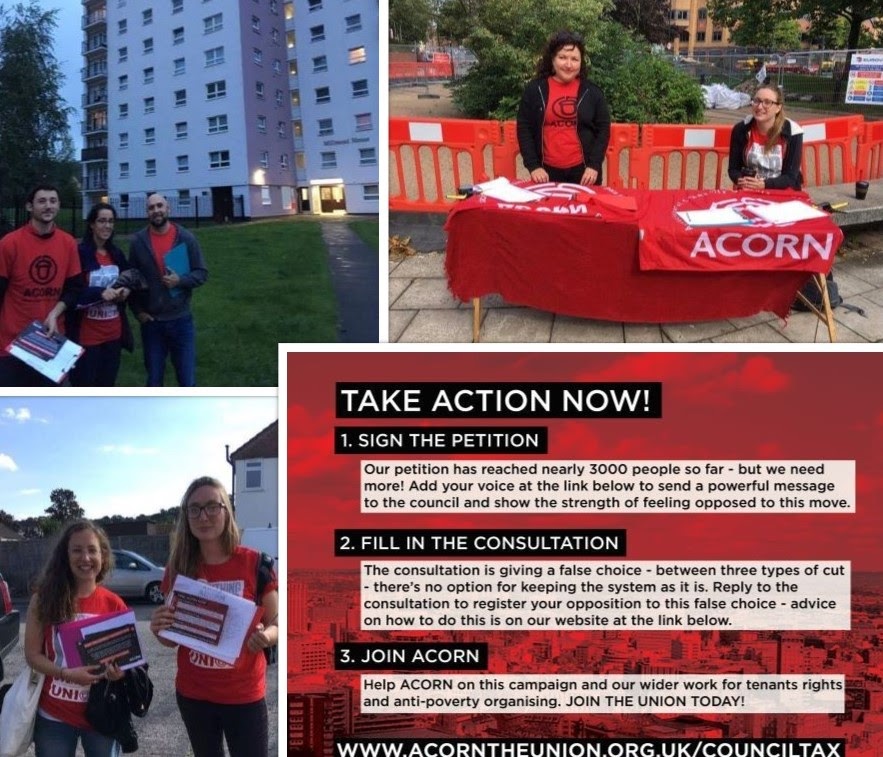