Within a few months of launching and beginning to organiser private tenants ACORN Bristol got the message loud and clear that we needed structural change as well as the direct action around evictions and living conditions that we were quickly becoming known for. The problem was, at that point we were a small community group in a single neighbourhood.

We didn’t have the power to change the law and with power centralised in Westminster, neither did the Council. The answer we came up with was a voluntary scheme, given teeth by our campaigning muscle and the endorsement, support and publicity of the Council and other organisations to pressurise landlords and letting agents to up their game. This would then be used as a springboard to building the organisation to the level that we could actually make the changes we needed legally binding.

Members launched an innovative twin-pronged door knocking and social media campaign to gather the testimonies of Bristol renters both as evidence of the severity of the problems faced and as the basis of the clauses of the Charter. Announcing the Charter as “a declaration of decency and a statement of intent” members lobbied Councillors and Mayor George Ferguson to officially endorse it. Following demonstrations of hundreds of renters the motion was passed unanimously. Politics being what it is, the decision was not followed up by action until after the 2016 Mayoral election when the newly-elected Marvin Rees fulfilled his obligation to our Mayor for Homes campaign and officially endorsed and integrated the scheme into Bristol City Council’s approach to lettings making it the first Local Authority in the country to introduce an ‘ethical lettings charter’. 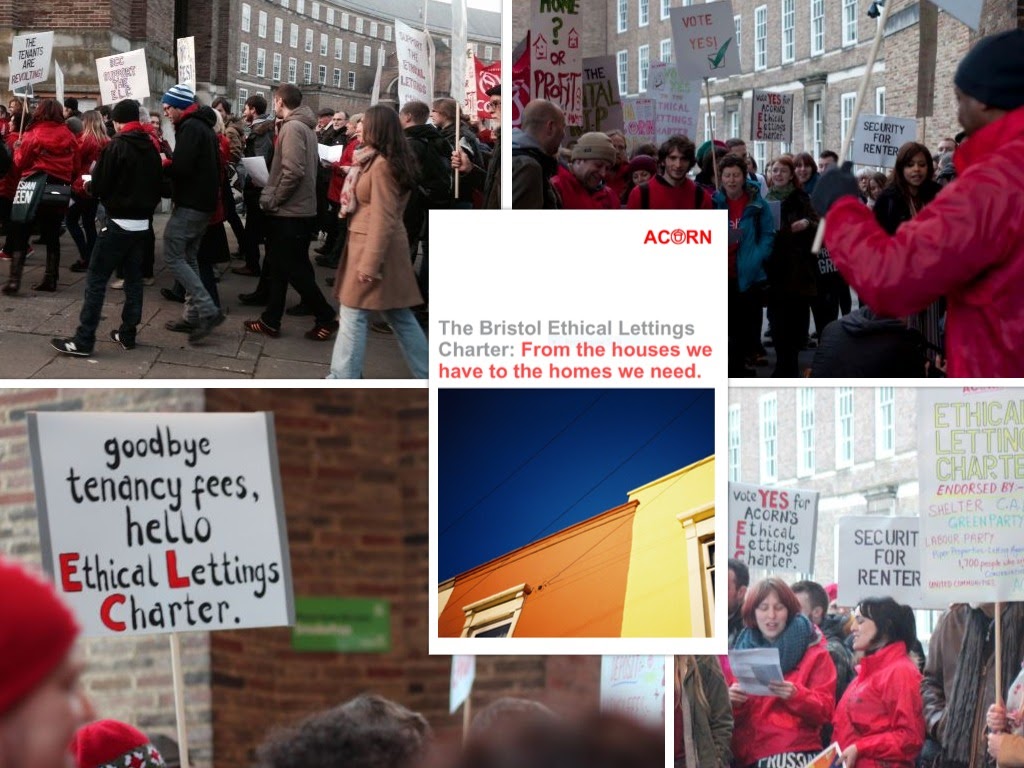