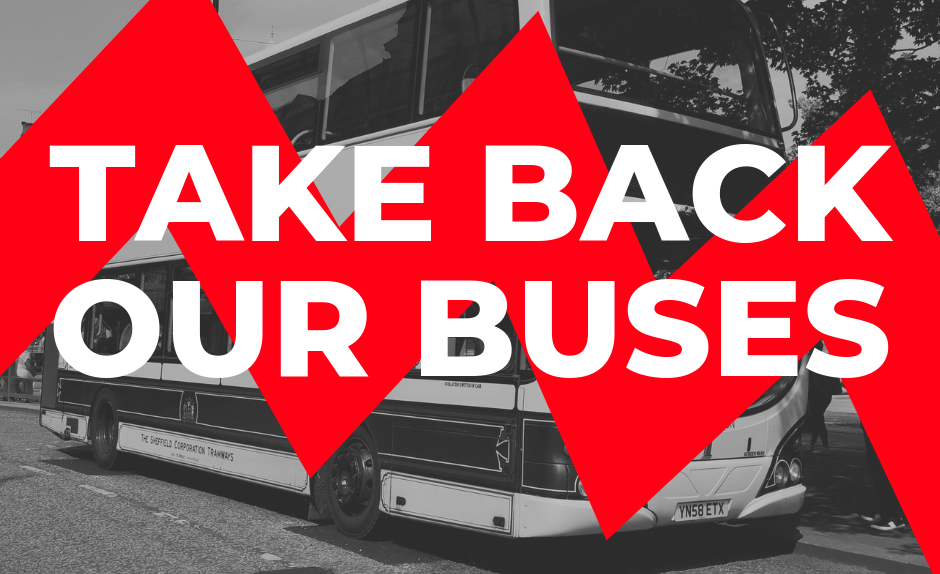 Outside the Capital, private companies have total control our bus networks. They dictate prices, routes and timetables. For them this means higher profits and routes that are easy and cheap to run. For us passengers it means unaffordable prices, fewer routes and unreliable service. For the environment its means more cars on the roads, higher carbon emissions and more pollution.

Metro Mayors can stop all this. They have the power to take our buses back under public control through introducing a London-style ‘franchising’ system. Then we can cap prices, set the routes and timetables and extend coverage where it’s needed, rather than where it is profitable for the fat cat bus companies.

Why this is important

Like the rail network, bus privatisation has been a total failure. Outside London, passenger numbers have fallen by half and average prices have risen 35% above inflation since the 1980s. It’s a shambles for passengers, but a money spinner for bus companies who have made £billions for their shareholders and who are still cutting services across the country.

We know franchising is more effective. It’s how it is run in London where the market is regulated by Transport for London (TfL) – buses are more regular, prices are capped, and essential routes are protected. We want Metro Mayors across the country to establish this in their regions.

ACORN is currently campaigning for bus franchising across Greater Manchester, the Sheffield City Region and the West of England (WECA). Get in touch to support the campaign and help us get the public transport system we’re entitled to! 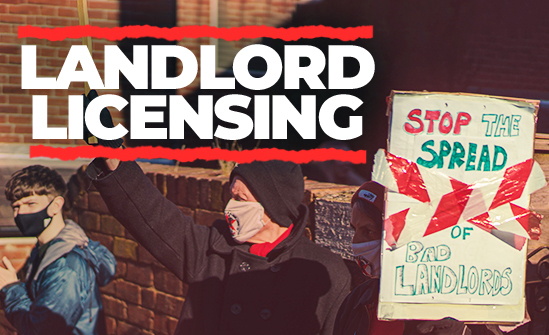 A third of privately rented homes would fail the Decent Homes Standard and for years ACORN has used direct action to prevent revenge evictions and get repairs made to slum housing. Licensing of landlords provides some legal protection from eviction and extends council powers to inspect properties. Over the years ACORN has mobilised thousands of tenants and won major licensing schemes in Bristol and Newcastle covering tens of thousands of renters. However there are still lots of places that are not yet covered and so we’re fighting to get these protections in place.

Our Branches in Sheffield, Newcastle and Manchester are campaigning on landlord licensing now. Get in touch with them to join the campaign for proper regulation of landlords and decent living conditions for tenants. 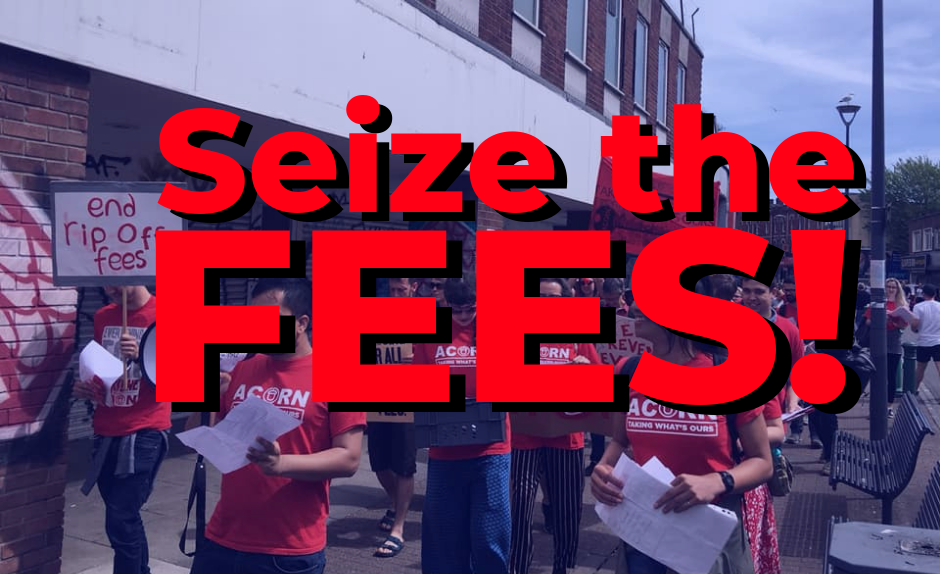 For years letting agents arbitrarily charged tenants extortionate fees for whatever they could think of. After years of campaigning this was finally made illegal from 1st June 2019. As always though, there are some agents with no respect for the law and who are still trying to fleece and exploit tenants, this time illegally.

ACORN won’t stand for it. You can report illegal fees here.