Heading into the Bristol Mayoral election in 2016, ACORN members organised demonstrations against the proposed sell off of council housing when 16,000 people were on the waiting list.

While we were too late to stop the auction we successfully negotiated with then-Mayor George Ferguson that all money from the sale would go to new social housing in the area. In response to the public outrage, then candidate and current Mayor Marvin Rees committed to an immediate halt of all auctions of council housing. 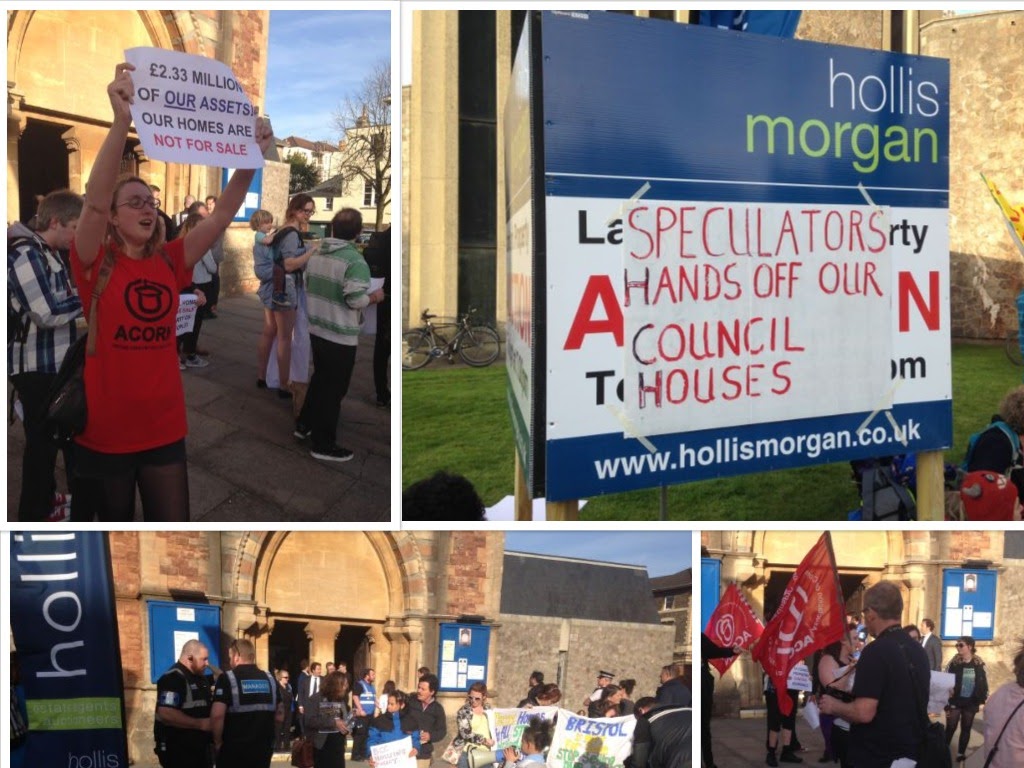